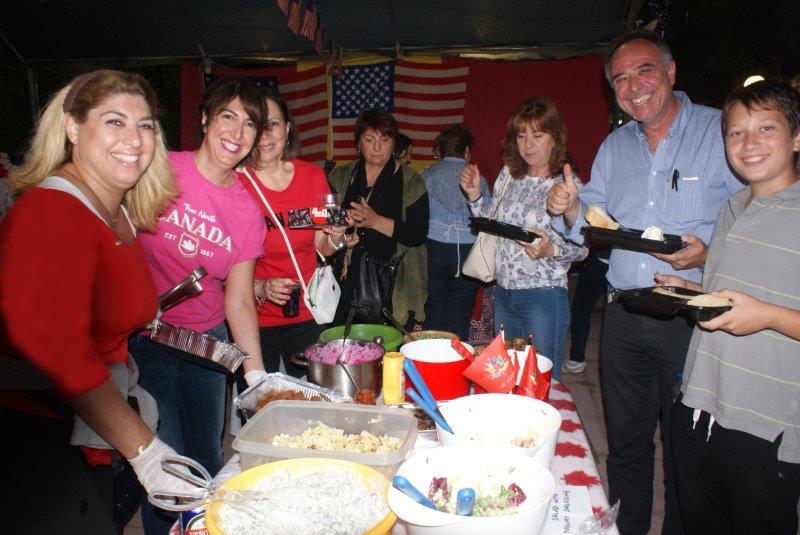 Like last year, our Canadian table ‘sold out’ at the annual, ethnic Food-for-Good Festival on June 11 at Plaz Aretsou, Kalamaria, Thessaloniki. Once again, we Canadians served exactly 163 mouth-watering servings of meatballs and salads. Besides pork and beef meatballs, we featured turkey (I heard someone praising them a few meters away from our stand) as well as maple syrup meatballs. As for salads, these included quinoa, beetroot, string bean, green, pasta, and wild rice.

Big credit goes to our yearly Canadian table coordinator Janet Koniordos, and to the many volunteers who attended, cooked and helped serve. We also appreciate the constant support of our honorary consul, Pantelis Petmezas, his spouse Dora, and their daughter Eleni. Approximately 30 countries had stands at the Food Fest, and several also featured song and dance numbers on stage. More than 2,500 guests attended, with around 1,400 food tickets sold. This year, the Food Fest was under the auspices of the Children's Village Filiro (http://www.paidikoxorio.gr/web/ ), which also received all of the proceeds. After expenses, the total was 16,224.60 Euros. Bravo mas!