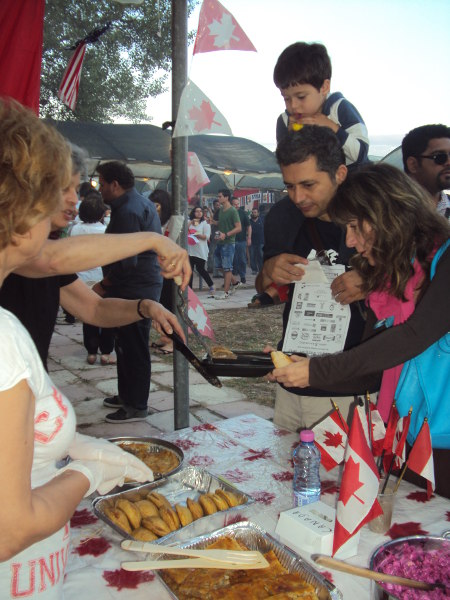 Annual ethnic Food-for-Good Festival on Sunday, June 2, 8pm, Plaz Aretsiou, Kalamaria. Janet and Katherine are once again organising a Canadian table; many of our (small) fold have left Greece, and your help with cooking food and bringing it to the table for sale would be much appreciated.

Please bring a French Canadian meat pie (request the recipe by email) and/or a big salad around 8pm. You don’t have to pay to bring in cooked food, but ten euros gets you a ticket for 4 portions and 2 drinks. Proceeds go to charity.

UPDATE: Canadian table coordinator Janet Koniordos reports that this year’s Food-for-Good Festival will be distributing 10,000 euros to the selected organisations. Over 100 portions were sold at our table on Sunday, and several people came back to say how much they liked our food!